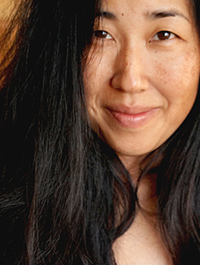 Where to purchase a tiny crane…

A meaningful and inexpensive gift item that symbolizes longevity, good luck, and/or world peace. Handmade in the U.S.A. by artist Stacie Tamaki.

Or watch the Youtube video of her first television interview on The Jennylyn Show!

My 10 year love affair with Dreamweaver is over. After the past year of nothing but problems since switching to the Creative Cloud* version of the program I realized I’d spent too much time on the phone with Adobe support technicians who whispered sweet nothings in my ear… Meaning suggestions of things to do, not do, delete, reinstall, troubleshoot, etc. only to be told in the end there are problems and someday they may be able to fix them. I believed them at first because love will blind you that way. I probably even believed them the second time they told me the same things because I wanted to believe them. But a year later and having spent too many wasted hours, sleepless nights, and force quitting endless crashes to occasionally be able to update an existing page I finally realized: This is never going to get better. It was time to accept this truth and move on.

So, here I am with a new Tinygami.com website for the new year! Thank you to my friend Dana for telling me about Squarespace.com. I used their click and build platform and was able to move my origami site (now full of new and project descriptions) to its new home in less than 24 hours. Awesome! Even better is the site built on Squarespace converts for mobile devices. My old site didn’t do that. StacieTamaki.com is still up as my  legacy site but if things continue to go well here I’ll be moving it to Squarespace as well.

*While I have nothing but contempt for Dreamweaver CC I do like the rest of what I’ve used on CC so far. Particularly Photoshop. I still love Photoshop. Just wanted to make sure people understood I don’t have an issue with the entire platform, just one of the two programs I used the most frequently.